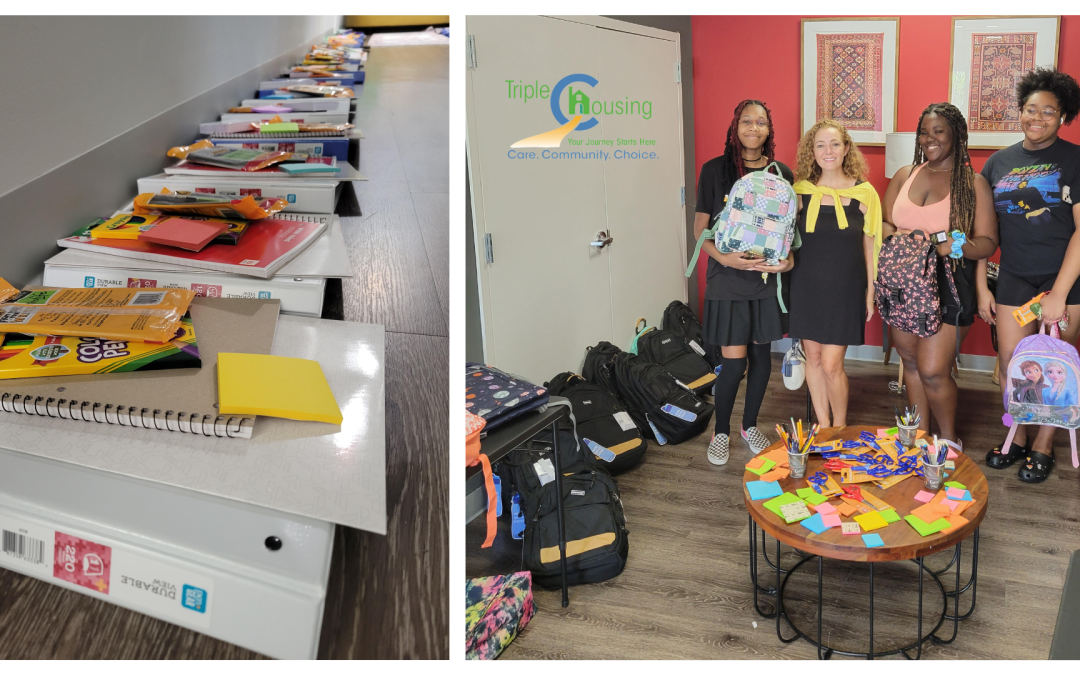 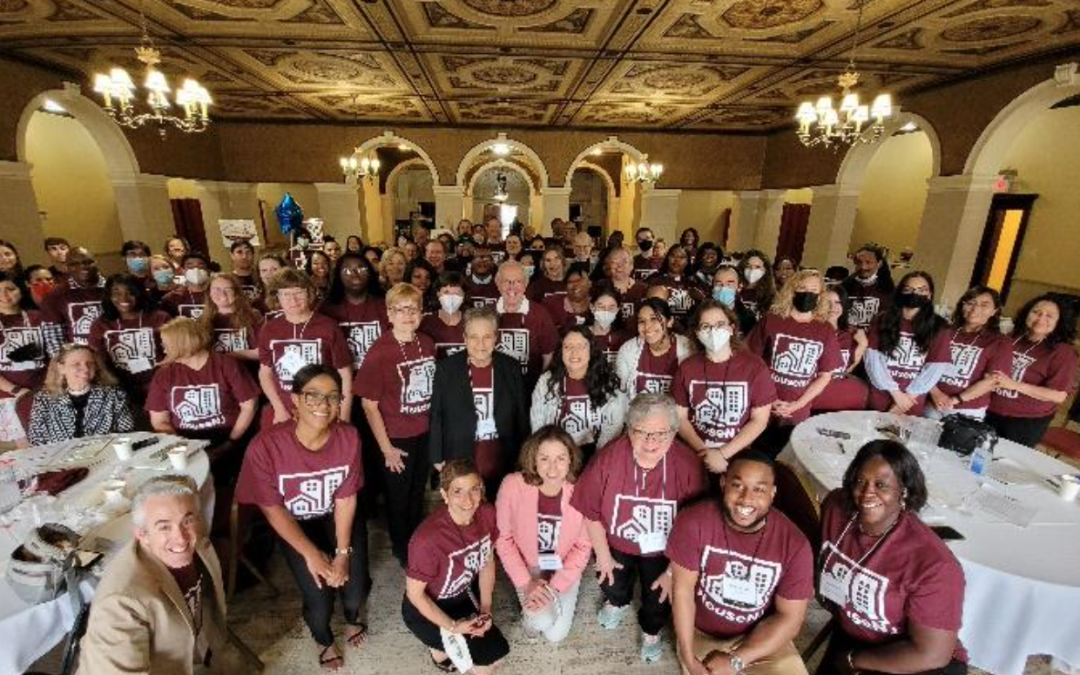 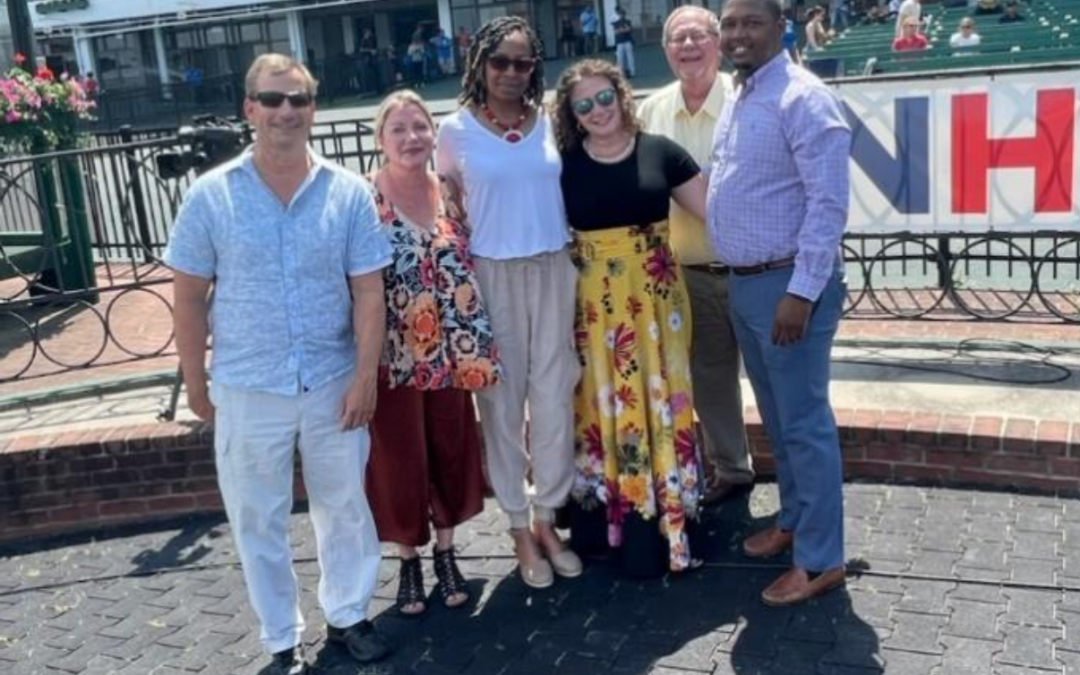 Magyar Bank customers and Triple C members honored the occasion at the Monmouth Racetrack. NEW JERSEY (June 17, 2022) – Magyar Bank hosted Customer Appreciation Day on their 100th anniversary and invited Triple C to celebrate at the horse races. The event was held at... 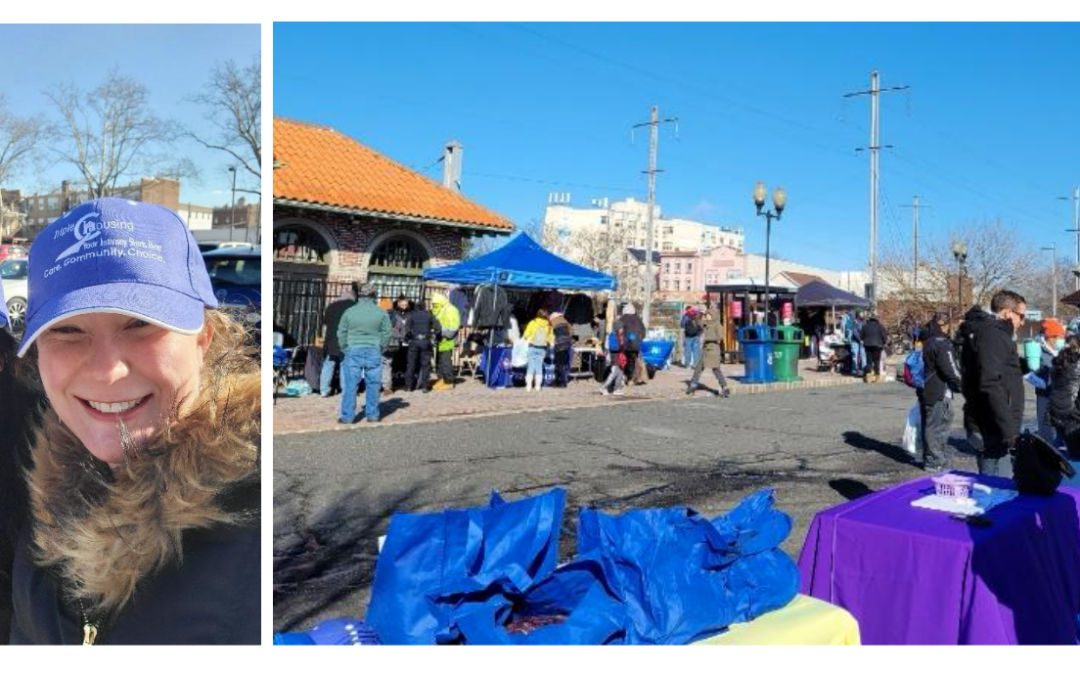 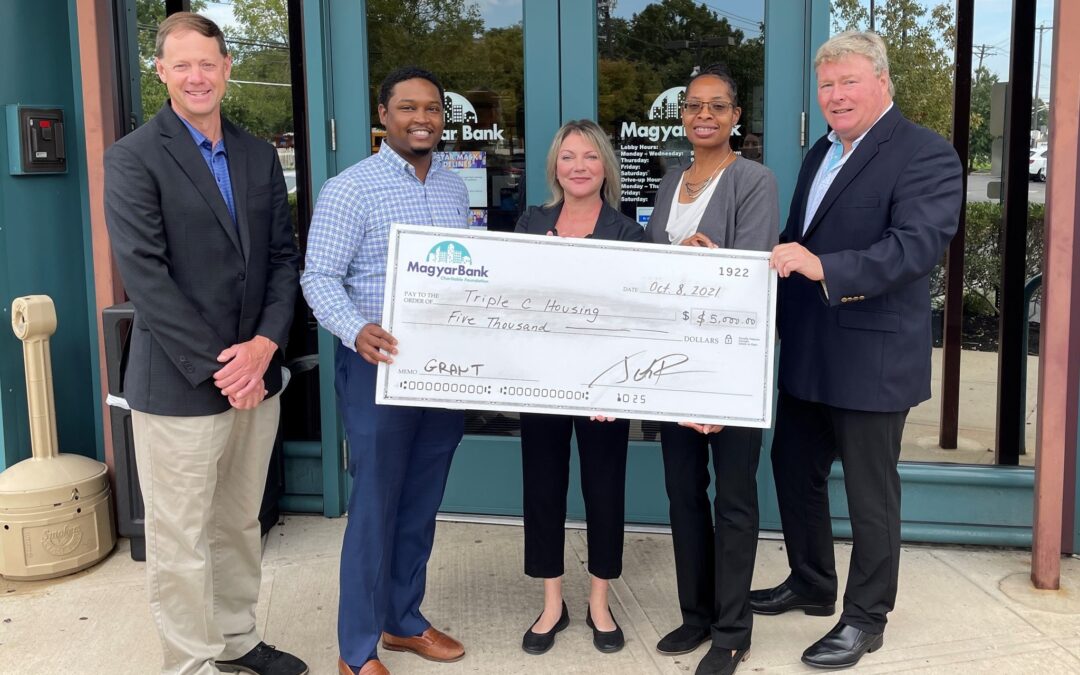 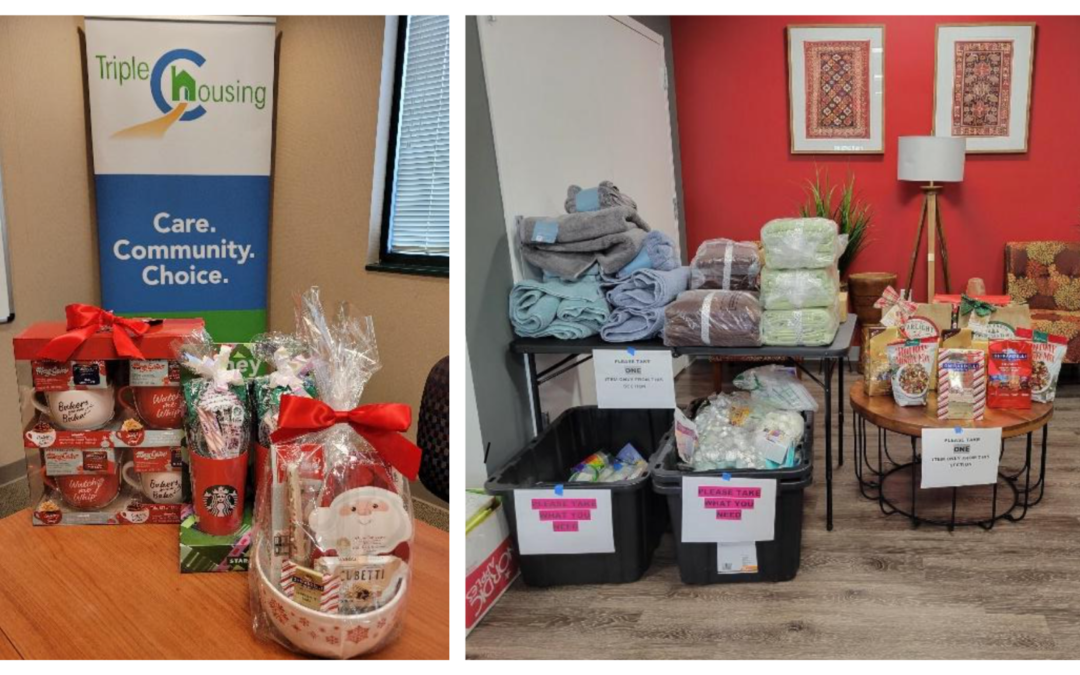 Bashir Jordan is a Social Worker with over 12 years of experience working with youth, adults, and families in residential, outpatient, inpatient, school and community settings.

Mr. Jordan has experience in working with children/adolescents who experience trauma, behavioral, and/or mental health challenges. In addition he has worked with adults dealing with the impact of psychiatric and addictive illnesses.

Jorge brings nearly 30 years of experience to LISC, including an extensive leadership background in both the private and public sectors – with his work almost entirely focused on comprehensive neighborhood revitalization in economically distressed communities. In his most recent role of New Jersey Community Capital’s first ever Chief External Affairs Officer, Jorge served as a member of the executive team responsible for leading the capital-raise and management process for an estimated $30MM in diverse forms of grant, investment and equity capital on an annual basis for New Jersey’s largest CDFI.

Jorge is a frequent speaker, coach and trainer on wide range of topics in nonprofit and public sector management. He serves on several boards and commissions, including as Treasurer for the Center for Nonprofits; as Treasurer for the Jewish Renaissance board; and as a board member for Triple C Housing. He has been the recipient of numerous awards & recognition.

Originally from Perth Amboy, NJ, Jorge lives in North Brunswick with his wife, Ivonne, and their 20-year old son, Sammy.

Alison Recca-Ryan, Principal at Double R Consulting , a consulting and training firm focused on solutions to ending homelessness, since 2014.  She has been providing consulting and training services on innovative housing and services strategies to organizations for over 30 years.  Her work is grounded in practice having direct experience developing and or operating service enriched housing and implementing systems changes.  Her expertise includes US HUD programs, affordable housing financing, supportive housing services and property management.

Prior to the development of Double R Consulting, Ms Recca-Ryan served as the Director of the NJ and Washington DC offices of CSH for 14 years, the Vice President of Behavioral Health at Easter Seal NJ for 13 years and Executive Director of the Mental Health Association of New Jersey.

Emmy Tiderington, PhD, LMSW, is an Associate Professor in the School of Social Work and Associate Faculty at the Institute for Health, Health Care Policy, and Aging Research at Rutgers. Prior to this appointment, she served as a clinical supervisor and social worker working in housing and case management programs for individuals with serious mental illness and other complex needs. Dr. Tiderington’s areas of expertise in homeless services research include the implementation and effectiveness of permanent supportive housing, Housing First and Moving On initiative service models, best practices for facilitating transitions out of homeless services, and mental health and substance abuse recovery in homeless populations.

Dr. Kristen Gilmore Powell is an Associate Research Professor with the Rutgers University School of Social Work and Associate Director of the Center for Prevention Science. She is also the Director of the Northeast and Caribbean Prevention Technology Transfer Center. Dr. Powell earned her Ph.D. from Rutgers, The State University of New Jersey, School of Social Work, in 2013. Dr. Powell’s scholarship is focused on building the capacity of community-based organizations to mobilize, intervene, create systemic change, and, consequently, overcome social problems through effective prevention approaches within an empowerment framework. She has conducted research on community-level interventions, collaborations, coalition effectiveness, and prevention science for nearly 15 years. Her work is grounded in empowerment theory, team science, and models that help enhance the prevention workforce in their efforts to create community change that supports individuals to towards wellness and health. Dr. Powell currently serves as Principal Investigator and Investigator on multiple externally funded research projects. Much of this work focuses on how individual and environmental strategies can prevent the harmful consequences of substance use, particularly in communities identified with high need and existing health disparities.

Matthew is a 2014 MSW graduate of the Rutgers School of Social Work with a concentration in Management and Policy. He began working with the Institute for Families as a second-year intern with service providers and consumers utilizing funding from the Ryan White Care Act and the Sandy Child and Family Health Study through the Office of Research and Evaluation. Currently, Matthew serves as a Program Coordinator for Grow NJ Kids Training Services at the School of Social Work. Matthew serves the community as a mentor for Big Brothers Big Sisters of Essex, Hudson, and Union Counties; and as the fundraising chair for its Leadership Council.

Mr. Waldman is Professor of Professional Practice Emeritus at Rutgers University School of Social Work. He served as Professor of Professional Practice at the School since January, 2001. From July 1998 to December, 2000 he was the Executive Director of the American Public Human Services Association (APHSA) in Washington, DC. APHSA is a non-profit organization whose members include the health and human service agencies in the 50 states, as well as many agencies in counties, municipalities and US territories. Its purpose is to develop, promote and assist its members in the implementation of sound public human services policies.

The Department of Human Services is the largest public agency in New Jersey and his responsibilities included administering a $7 billion budget, managing a workforce of 19,000 employees and serving over one million residents of the state. The Department encompassed seven (7) operating divisions which included the Medicaid program, services to the mentally ill and developmentally disabled, the child welfare program, all public welfare programs as well as services to the blind and visually impaired and the deaf and hard of hearing. He also had responsibility for eighteen (18) institutions including psychiatric hospitals, developmental centers, children’s residential facilities and a residential program for the blind.

From May of 1975 until July of 1987 Mr. Waldman directed the Middlesex County, New Jersey Department of Human Services. In this capacity he was responsible for the administration of numerous county- based human services programs, managed a staff of sixty-five (65) employees, and administered a budget in the amount of $8 million.

Mr. Waldman was employed from October of 1965 to May of 1975 with the Essex County Welfare Board in Newark, New Jersey. He began as a caseworker and advanced through a series of progressively responsible supervisory and administrative positions including the administration of the County’s food stamp and employment and training programs.

Mr. Waldman has been the recipient of numerous awards throughout his career, serves on various boards of directors of community agencies, has made numerous presentations at professional conferences, the New Jersey Legislature, the US Congress, foundations and business and industry groups; and, consulted for both government and private agencies.

I worked in the mental health field for twenty or thirty years, first as a patient/client and then as a professional. I served in The Skills Building Unit of the habilitation center called “The Club”, on New Street in New Brunswick where I worked in The Skills Building Unit as a prevocational counselor in preparation to transition club members into paid positions within the community. I supervised club members in the care and maintenance of the facility, and conducted a Current Events Group.

I, also, worked in Laurel House under Tom Malamud on Livingston Avenue in New Brunswick as Director of Membership Support Services. I was in charge of encouraging Members in the care and maintenance of the facility and grounds, and often, I was responsible for a daily lunch program, supervising grocery shopping, cooking, and cleanup. I’ve served as a trustee on The Board of Triple C Housing for many years and I am currently Secretary on The Executive Committee.